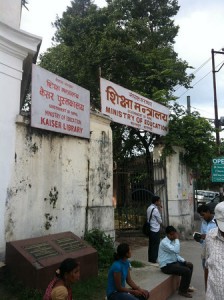 Gets the biggest budget: Ministry of Education

What’s the annual budget for public education in Nepal? Well, this year it’s 80 billion rupees – four times the budget for agriculture, almost three times the budget for health and – in fact – far above the budget for any other development sector in the country. Perhaps it’s not a big budget compared to the needs. But with this budget, all school children would at least have basic things like textbooks for their studies, right? Wrong. This year, tens of thousands of students began the school year without books. 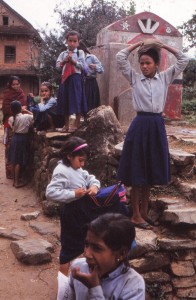 The textbooks are handed out for free but are not reaching the schools on time. Inadequate and delayed textbook distribution has continued for years now – how many years we are not sure. But around the country – not least in the remote hill and mountain districts – children are going to school with empty bags even months after school has started. This April alone, over 40 percent of the students didn’t have textbooks two weeks into the school year. So why is that? 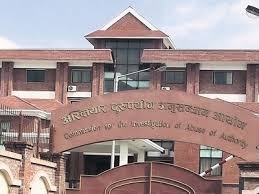 It depends on who you ask. But many say that corruption has a lot to do with it. The Commission for the Investigation of Abuse of Authority, CIAA, recently warned the printers of textbooks to either bring their house in order, and distribute the textbooks on time, or face an inquiry into the delays. The main printer – Janak Education Materials Center, JEMC – has promised to make improvements. But there’s still plenty of suspicion: JEMC has already been charged with irregularities. 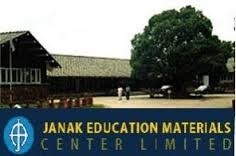 In May 2013, the Special Court sentenced previous JEMC managing director, Ram Chandra Silwal, to one-and-a-half year in prison and a fine of 100,000 rupees. The charge: corruption of 13,40 million rupees in the procurement of paper. JEMC gets a vast printing contract from the Ministry of Education every year: the ministry needs 22 million textbooks and JEMC gets the bulk of the order. They procure 4000 tonnes of paper to print the books – a chance to earn a sizable commission on paper alone. 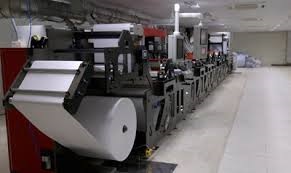 But the plot thickens when the whole chain of textbook distribution is investigated. JEMC has contracted out still more of the annual textbook printing to private printing houses in the country’s regions – for a commission. Here’s what CIAA found already in 2009: they charged the then JEMC manager, Birendra Kumar Das, for gross irregularities in managing the tenders in relation with the private printing houses. Budget inflation and commission was rife and is said to persist. 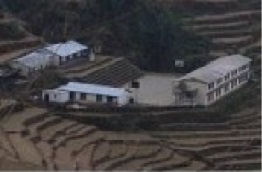 Teachers involved in the textbook scam too: local school

JEMC, on its part, argues that the schools are corrupt. Every year, the Ministry of Education transfers a budget to the public schools for the purchase of textbooks. However, according to JEMC, school principals around the country are routinely misusing the funds: the school managements only spend some of the budget, purchasing inadequate stocks of textbooks for the students, while “creaming off” the rest of the money. In one region, 15 schools have been caught in such fraud worth 29 million rupees! 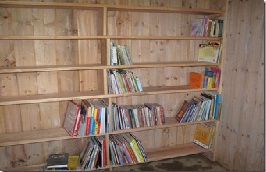 JEMC’s regional offices and the private printing houses are responsible for distributing textbooks to the local districts. The District Education Offices are supposed to get the books out to the schools – but books are also sold to the schools through local stationary shops. Who owns the stationary shops? Well, one out of three are run by teachers or their close relatives. It appears that both the printers and the stationary shops create artificial scarcity, holding back textbooks to earn commission in the process.

One scam, many interests: the actors involved

“There is artificial scarcity of textbooks due to greed for commission at the top level through to the bottom level,” concedes Joint Secretary at the Ministry of Education, Mahashram Sharma. But the plot doesn’t end there. Schools are even reported to inflate their student numbers, well aware that the Ministry of Education allocates the budget for textbooks on a per student basis. Moreover, publishers of school textbooks also take full advantage by releasing a new edition every year. Typically, changes are marginal, even just a few pages, but whole volumes still get reprinted. 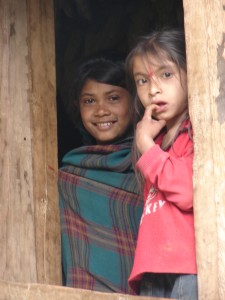 Knowing nothing about the textbook scam: school-age children

Is the Ministry of Education – who allocates the budget – aware of the corruption? Indeed, they are. A government commission even released a report last year detailing how corruption in textbook printing and distribution takes place. District Education Offices under the ministry are also involved, keeping percentages of the budget for the local schools. The Commission chairman adds to all this: “The ritualistic monitoring of the Education Ministry and its line agencies at the end of the year is to blame for this scam.”

Why, then, are textbooks scarce and delayed? Well, to sum up. The JEMC is simply not printing enough books on time. They only print around fifty percent – and the ministry allows it to happen. It routinely clears the bill from JEMC as though the whole budget for textbook printing has been spent. Meanwhile, the different actors at the various levels hold back stocks of textbooks as they bargain with each other for commission and other “deals” – delaying the distribution. But is this the whole story? Probably not – who knows how deep the rabbit hole goes – but even when exposed, the scam just seems to go on.

PS: JEMC was awarded the contract of printing the ballots for the 2013 CA election. So how did they handle this task? Quite well! In short, the millions of ballots were printed and distributed on time. Trucks and pickups drove the ballots out to the districts, and army helicopters covered those areas which were out of reach. Who knows if Nepal’s students will ever be afforded that level of efficiency.

Here’s more about the textbook scam as covered in the news:

It goes on and on.

Awesome work compiling the information. This is just what i was looking for.
Thanks a lot!

Glad to help! Have you done research on the subject, would be interesting to hear any info you might have on the textbook issue:)