Home Farmers’ Page Pesticide shopping: Inside a bag of “Looper”

Pesticide shopping: Inside a bag of “Looper” 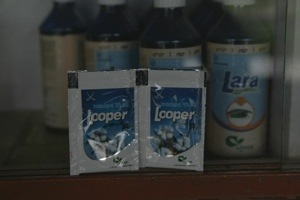 “What’s the small bags over there?” We were checking out the shelves at a pesticide shop in Panchkhal. There were hundreds of bottles lined up along the walls behind the counter. In front of one of the attractive looking rows of small containers were some innocent looking bags with the label: “Looper”. A farmer had just bought one of them in the same casual way as when you go and buy a packet of cigarets. “Well, that one”, the shop-owner explained. “It’s a very effective one, so we sell quite a lot of them too. The active ingredient is called Imidacloprid.” 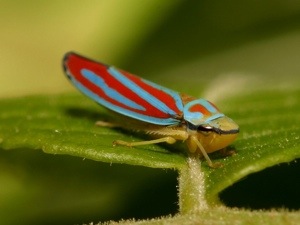 “Imidacloprid” – the word didn’t exactly roll off the tongue. Indeed, most locals simply knew it as Looper. That – by the way – is also the name of a pest insect and a sci-fi movie about a cold assassin. What a perfect name association! The fact sheet read just like the story of a futuristic mass killer. Here’s how lethal Looper is: “Its systemic action makes it very effective against such sucking insects as leafhoppers, aphids, thrips, scale insects, mealybugs, lacebugs and whitefly. It is also effective against the immature stages of cherry fruit flies, white grubs, tentiform leafminers, elm leaf beetle, and Colorado potato beetle.” In short, it kills sucking insects and more!

Imidacloprid’s “systemic action” works in two ways. First of all – and this is how it kills – the poison enters the nervous system of the insect. Once it has gone through the skin or through the intestines by ingestion it immediately blocks various vital nerve transmitters – and that’s when the insect goes into convulsions and dies. But Imidacloprid also enters the plants it is sprayed upon! It takes up residence in them, impregnating the leafs of paddy, pumpkin, spinach, or whatever plant it may be, with its toxins. It works on contact for two to four days and in the leafs for 10 days! 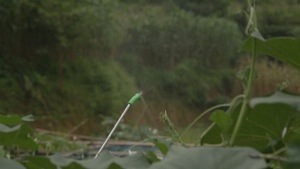 Toxic if inhaled: sprayer in action

“Is it safe?”, we asked the shop-keeper. We had already talked to many farmers in Panchkhal who admitted not to wear mask or gloves. They would simply throw the sprayer on their back and start dusting with a handheld fumigator. So they would get Imidacloprid on their skin or into their system through the lunges or by ingestion. Well, if the quantity is big enough, it’s a serious situation for humans too, he replied. Indeed, inhale or ingest it and you’ll get dizzy at best and start vomiting and lose your balance at worst. Of course, if you take a bigger dose – well, then you’ll die like the bugs. The insert says it’s mandatory to wear a mask – it is highly toxic if inhaled! 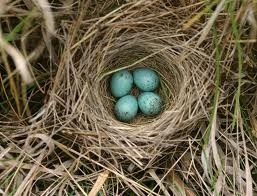 The immediate effect, however, is only part of the safety issue. There are also long-term effects. Does Imidacloprid cause cancer? It’s still unknown. Does it lead to infertility or birth defects? It’s a question mark too. What is known, however, is that damage to the reproductive system is among the sneaking, long-term side effects in lab rats and rabbits and in many wild birds! Sparrows and pigeons are highly sensitive to Imidacloprid. They lose the ability to fly for days if exposed to a certain dose of it – and it affects their eggs too. The egg shells thin and the chicks have thinner bones. Feed the poison to rodents and it has an adverse effects on body weight and bone structure as well as on fertility and the size and health of the pups. 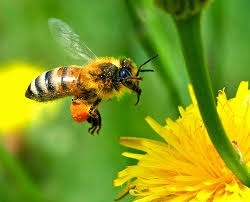 Kills honey bees too: imidacloprid close to ban in EU

Imidacloprid is now about to be severely restricted in the EU – but for a different reason. It kills honey bees! Without honey bees, things look bleak for agriculture all around. It’s not only bad for those of us who really like the taste of honey, but also for farmers who rely on the bees to pollinate their crops. Without bees, there are much fewer insects to effectively pollinate anything from apples to mustards. The alarm bells are also sounding in the US for the same reason. In fact, in the U.S. an estimated 40 percent of the entire honey bee population has been wiped out by Imidacloprid and two similar pesticides. There is a call for a complete ban right now! 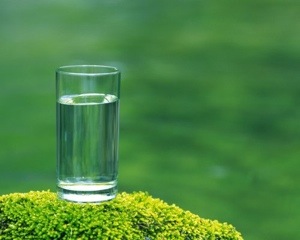 Imidacloprid in the groundwater: another long-term health hazard

If this isn’t enough warning about the active ingredient – Imidacloprid – in the attractive-looking Looper bags in the shop in Panchkhal, then here is more. Unlike various other pesticides, it doesn’t metabolise – or change – into something less toxic as it seeps down to the ground water. It stays the same. In other words, there might come a day when many locals in Nepal can’t avoid a dose of Imidacloprid for every cup of water they drink. The poison is absorbed almost 100 percent as it runs through your intestines – what happens after that nobody knows for sure. Speaking of groundwater: as drops of Imidacloprid make their way downwards, they’ll pass a lot of earthworms, and they die from it too which is detrimental to soil quality! 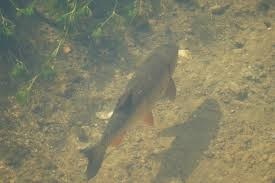 We’re going back to the shop-owner and the farmers in Panchkaal to ask what they think. We’ll also tell them what a recent study concluded: left-over residue of Imidacloprid can be found on market fruits and vegetables a whole week after spraying! It’s not only the farmers spraying who have cause for concern. Those who eat the cereals or vegetables have too! In fact, the environmental consequences are severe. Imidacloprid is toxic to birds and rodents but also absolutely devastating to fish and other aquatic life. That’s why you must not spray near rivers and lakes. Panchkaal is a valley with a river – we can only guess how much is washed into it!

To all farmers of Nepal, at the very least: don’t open a bag of Looper without wearing mask and gloves! We know that many farmers are in a fix, long-since deprived of original Nepali seeds and now stuck with hybrids or GMO – seeds that just won’t yield well without the spray that comes along with it. But what’s the future of agriculture if honey bees and earth worms die out? What about the groundwater and the health and fertility of the next generation? Big questions and tough ones too. In the meantime, Looper is just one of many pesticides on the shelves in Panchkaal. Hundreds more are sold across Nepal as a whole – just check out the official list here. We’ll soon be back with another even more toxic case: stay tuned!

[…] But farmers are seeing serious side-effects. Pesticides are not only killing bugs but also beneficial insects and micro-organisms. Making matters worse, chemical fertilizer lowers soil quality over time; farmers then apply even […]

Reply Retweet Favorite
The dark side of new roads in Doti https://t.co/s5g8dofODN via @kathmandupost