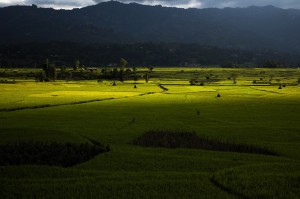 Once upon a time, all farming in Nepal was purely organic. But over the last one or two decades, a significant commercialization in the more productive farm areas has taken place. Population and income levels in Kathmandu and major towns have been rising; the number of consumers who are buying not least vegetables has increased; and to exploit this demand, farmers around the capital, such as in Panchkhal out in Kavre, and in several Terai districts, have shifted from traditional agriculture to commercial, chemical-based farming. 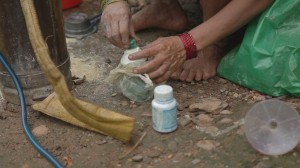 Many commercial farmers have benefited as their yields and incomes have increased. Indeed, more volumous harvests per hectare is also what USAID and other donors promoting commercial, chemical-based farming promise. In the meantime, however, a growing number of farmers have started to talk about “side-effects” and “disadvantages”. Input like hybrid seeds, chemical fertilizers and pesticides can produce more than local seeds grown in traditional ways – but in recent years, commercial, chemical-based farming has started to reveal a downside.

Farmers out in Panchkhal have told us about many problems in their area – as a case in point. First of all, they have seen a sharp drop in soil quality. Chemical fertilizers and pesticides, they explain, have set in motion an escalating process of soil degration on their land. Another part of the downside, they say, is that chemical pesticides are killing off not only harmful insects but also beneficial ones. In fact, the soil is so starved of natural nutrients, they explain in the video opposite, that nothing can grow without applying big amounts of chemical fertilizer.

But why would major donors like the USAID continue to promote commercial, chemical-based farming if there are severe side-effects on soil quality and the environment? Well, many donors argue that “smart” use of hybrid seeds combined with chemical fertilizers and pesticides is simply necessary in order to feed Nepal’s growing population. Traditional or organic methods are not sufficient. If viewed in the long term, however, is this a sound proposition? Well, slowly more and more consumers – and farmers – appear to say it is not, as more have started to “go organic”. 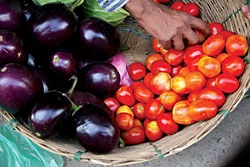 Organic farming in Nepal remains at an early stage, though. But it’s a growing sector. Since pioneers like Judith Conant Chase – an American – began her organic farm in the 1980s, there has been an increase in consumer and farmer interest. On the one hand, middle-class consumers are becoming more conscious of what they eat – and can afford to pay more for food produce – and on the other hand, the organic idea is spreading among farmers. Inspiration is also flowing in from abroad – even from parts of India – and several INGOs are now promoting organic farming in Nepal.

We just talked to a farmer down in Tanahun who has chosen to go organic after attending trainings in organic farming in Pokhara. He and his wife are now running the Holy Green Organic Farm in great part inspired by an Australian farmer and a local NGO. Closer to Kathmandu, the Danish affiliated organic farm, Soebogaard, is also doing trainings and has helped over two hundred small farmers and dairy producers go organic. Out in Kavre where Judith Conant Chase still runs her “Everything Organic” farm and nursery, a five-hectare organic farm is also inspiring many. 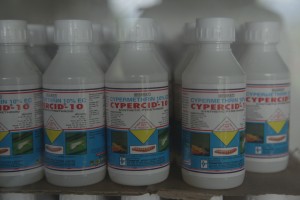 Going organic is not easy – for example, how to farm without pesticides…?

It is not an easy task to go organic, to be sure. Indeed, organic farmers in transition often call for technical assistance as well as financial support. In fact, from what we have learned in commercial farm areas, there clearly are farmers who would like to shift to organic but who assess the immediate economic risk to be too great. How to deal with pests using purely organic pesticides; or how to prepare the soil, perhaps depleted of nutrients, with purely natural-made fertilizer? Meanwhile, in spite of the uncertainties more farmers are taking up organic farming. Here are some case stories. 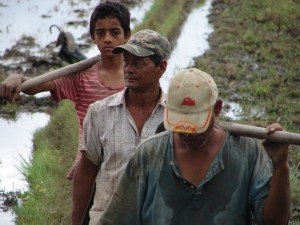 The risk in going organic is clearly there, so why would more farmers “take the jump”? Well, there are farmers whose main motive is rooted in a concern for the environment and human health. Only few weeks ago, the Ministry of Agriculture banned vegetables from several districts as the pesticide contents were too high, and such headlines affect not only consumers but also some farmers. In addition, there are economic incentives: organic methods can help to preserve long-term soil quality, and consumer demand for organic produce is slowly growing. 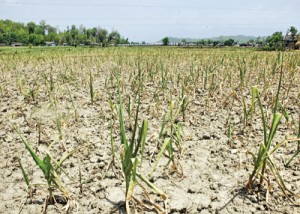 Organic farming: may work better as climate gets drier

But there is more. It has been found that use of chemical fertilizers requires more intensive irrigation – with up to thirty percent more water – than many organic methods. In a time of climate change marked by less annual rainfall, any method that can reduce the need for water sources is attractive. In fact, ask some of the big agricultural organisations – like IFAD and FAO – and some of their experts will suggest that small-scale, self-reliant and indeed organic farming is the best way ahead in many poor countries due to the long-term side-effects of chemical-based farming and climate change. 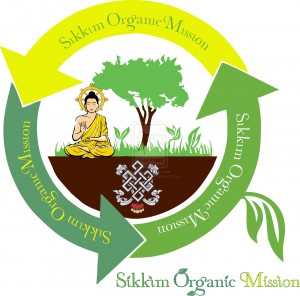 Organic farming has reached farther in India. Most notably, the government of Sikkim has pledged to make the whole state organic by 2015, and markets for organic products are growing. There is a large association of organic farmers which is offering trainings and other resources to those who want to join the movement. So, are the tides changing? Well, in Nepal there clearly still is a long way for organic farming to become anywhere near mainstream. Issues like how to make organic certification affordable to small-scale farmers, development of efficient organic pesticides, as well as marketing of organic products remain unresolved. But the organic idea is spreading.

Want to know more about organic farming in Nepal? Here are examples of what’s going on:

Organic Farm Nepal is a group of farmers running a community-based, organic farm.

Ajamvari farm is an organic farm in Chitwan that offers everybody a chance to stay at the farm as volunteers and learn about organic farming.

Villa Phulburi in Kavre is the home of Organic Himalaya Pte. Ltd. who is exporting organic herbs, jams and other farm products to countries in east and west.

Everything Organic Nursery is another organic farm in Kavre – and one of the first in Nepal – which is open for excursion visits and is promoting organic farming.

Eco Organic Farms is a group that grows and sells organic farm products and is still exploring ways to improve farming techniques.

The Women’s Foundation Nepal is an organic farm in Bhaktapur training women to become organic farmers.

You are what you eat – article on pesticide use in Nepal.

Organic agriculture a promising sector for income generation in Nepal.