Local government at village level: will it start working again? 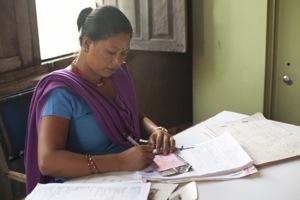 VDC secretary at work a few years back: these days, attendance of secretaries is lower than ever before

Local government in Nepal is now suffering almost as badly as during the height of the Maoist conflict. In post-quake communities, where the need for infrastructure and local services has never been greater, some locals can hardly find a VDC secretary! Indeed, VDC secretaries – officially in charge of Nepal’s Village Development Committees (VDCs) since 2002 – were always hard to recruit, let alone make attend regularly. But now it’s much worse as only few VDC secretaries are present at all! 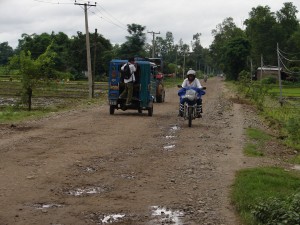 Over half the VDC secretaries are absent from their offices: many villagers have to travel into town to meet them

So, where have the secretaries all gone? Well, numerous positions as VDC secretaries are simply vacant – 419 out of 3,200 positions, to be exact – and many secretaries have by and large abandoned their VDC offices and relocated to the district town, even to Kathmandu. In fact, 2,000 secretaries are now reported absent full-time from the posts assigned to them! If villagers need their services, and many often do, whether it’s to register land or, say, obtain a passport, they have to travel into town to meet them! 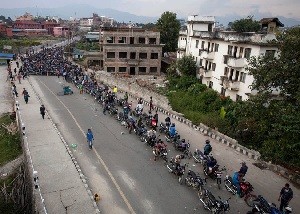 What’s worse is that traveling anywhere is a growing problem for villagers across the country. Reason? Fuel shortage, as a result of India’s blockade. Transportation is limited and costly compared to just a few months back. So, if a villager in need doesn’t find the secretary in the district town – after a trip that could take hours – what then?! Well, the only way is to stay and hope for better luck next day or to head back with unfinished business. What about planning of development in the VDCs? It’s unclear too.

The National Reconstruction Authority is supposedly getting ready for a “mega reconstruction campaign” this spring until the fiscal year expires in July. Probably, sitting on a donor-funded reconstruction budget of USD 4,4 billion, the NRA will continue its operations well into next fiscal year and beyond. But how can this work be carried out without any real semblance of local government to assist with planning and implementation at local level? That too seems uncertain at this point. 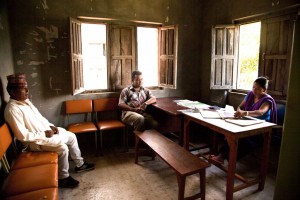 Local politicians with VDC secretary: their future role in local government is another big question

Local politicians who remain organised and active in Village Party Committees have not run for local elections since 1997! Since 2002, when the VDC secretaries officially took over, their formal role has been to give advice to the secretaries, whereas local government power has formally resided in the hands of the VDC secretaries. This is not to say that local politicians are not active, trying to influence how and where budgets are spent. But their future role in local government is another big question.

Questions are indeed many, and not least to villagers who have little or no access to the higher circles of decision-making in Kathmandu, the answer to whether and when the VDCs will start working again are in short blowing in the wind.

PS: The NRA just announced that they’ll work through their own sub-regional and local offices, so less through local bodies like the VDCs, perhaps. See also “The NRA’s local offices: an issue in the making?”