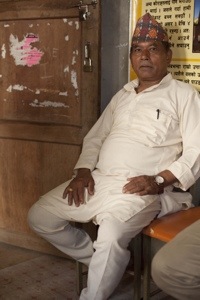 It’s an experience as old as Nepali government, dating back to the Rana regime and the royal rulers before them who often had to struggle to establish a reliable and continuous tax collection system at local level. Without the cooperation of strong local leaders who enjoy a good deal of control with the local people, getting things done in small towns and villages often becomes very difficult, for any government. Now, officials in Kathmandu – this time in the guises of the National Reconstruction Authority (NRA) – are staring in the face of this inconvenient truth too.

Says NRA chief, Sushil Gyawali, as he recapitulates the reasons why his newly formed reconstruction authority is making such slow progress in rebuilding houses and local infrastructure: “The biggest challenge is to mobilise people. The lack of elected representatives has made it more difficult for us to work at the grassroot level.” Without strong local leadership, it is more difficult to do planned work such as counting and registering the earthquake victims, issuing victim IDs, distributing grant money, and simply getting reconstruction off it’s so far heavy feet. Elected local leaders who typically command greater respect than outside officials do would make a huge difference to reconstruction, Gyawali explains. He adds:

NRA chief, Sushil Gyawali’s, message to the thousands of earthquake victims in the districts, living in makeshift shelters: we need elected local leaders to really get reconstruction off the ground

It’s not long ago that deputy prime minister, Kamal Thapa, in fact pledged to hold local elections at the earliest. Indeed, just back in March he said on behalf of the government that local polls were under preparation and would be held “very soon”. However, similar statements have been made many times over by the ever shifting leadership in Kathmandu, since Nepal’s last elected local governments saw their terms expire back in 2002. Every year, leaders have promised local elections only to postpone once again, and that is another incovenient truth which officials at the NRA now face.

Is the NRA – with funds above $4 billion at its disposal – big and strong in Kathmandu, then, but weak at local level where the work needs to be done? Well, the NRA is establishing sub-regional offices under it’s direct command – creating a parallel structure of administration out in the earthquake affected districts – exactly in order to strengthen its capacity at local level, the official reason goes, and to ensure timely and effective reconstruction in that way. But what if elected local politicians are a prerequisite for reconstruction to take off in earnest, as Sushil Gyawali suggests? In that case, the persistent lack of interest at the central level in holding local elections would not promise well for any efficient reconstruction in the near future.

Local elections could happen this year – it’s still a possibility – but right now it’s hard to be optimistic, not least because local elections may not happen before the new constitution is finally in order.

“I do not want to lie [to the earthquake victims]. They will not be able to rebuild their houses before the monsoon, even if we begin distributing housing grants now.” Sushil Gyawali, 30 March 2016.