Constitution adopted: end of unrest in the districts? 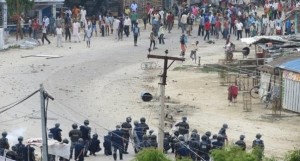 Frontline between security personnel and protesters in Terai: is it all over?

Is it all over now or will the conflict over the constitution flare up again? Well, protesters have withdrawn from the barricades and curfews have been lifted. On Thursday, Madhesi and Tharu leaders even met with the “Big Three” – NC, UML, and the Maoists – to discuss terms for future talks. However, the Terai leaders still reject the constitution. They demand that Kathmandu not only call back the Army and release all arrested cadres but also – once again – that they redelineate the provinces!

41 killed in 35 days: 8 police officers, 5 children and 28 civilians/protesters: was that worth it? (madhesiyouth.com)

To the woman in Rupandehi who lost her forty-year old son at a market place – killed when fighting suddenly broke out and stray bullets hit him and three other innocent bystanders, including a young father and his four-year old son – the boundaries of the future provinces might be of much less importance. Indeed, what’s the real benefit of provinces to ordinary people in the districts, and are these borders worth the unrest at all? Well, despite the loss of over forty lives, many leaders say that they are. 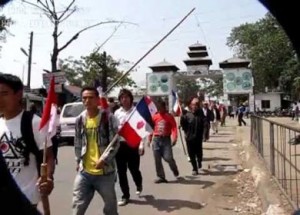 The unrest might therefore not be over yet, as Madhesi and Tharu leaders have made the permanent end to protests conditional upon renewed consideration of the provincial boundaries. Add to that the Sanghiya Limbuwan Party in the eastern-most districts who just swore to stage indefinite protests unless the boundaries in their area are redrawn too. Limbu leaders even pledge to burn the constitution, promulgate their own, and install signboards on all public buildings reading “Limbuwan State”! 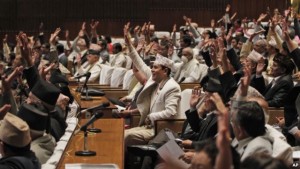 The new constitution was adopted with 85 percent majority: will it make protesters give it up or…?

The agitating leaders and their cadres might lose their fighting spirit once the constitution is officially promulgated on September 20th. After all, the new constitution was adopted in the Constitutional Assembly last week with a massive 85 percent majority. In formal terms, that’s more than enough to pass it. But if the protesting parties – not least the Madhesi, Tharus, and Limbus – still have the resources to mobilise protests, unrest may reignite at any time. Maybe it will all be worth it. But to many locals, the only way worth-while is for unrest to end and daily life and business to resume.

List of those killed in the protests since August 9: prayers that the list of names will end here (madhesiyouth.com)

PS: On August 19, four Madhesi parties jointly pledged under the future provincial government to compensate all families of protesters killed as martyrs with 5 million rupees. But what about the families of the innocent bystanders, of those children who lost their lives, or the widows of the dead police officers? Well, little was said about their compensation. Indeed, motives to continue the conflict can be many – on both sides. But perhaps this is the time to pray that at least the list of casualties, shown opposite, will end here.

nowadays, media is covering the Limbuwan news which is good point for Limbuwan, Thanks.
http://limbuwankingdom.blogspot.com