What’s up with “national security”?

The federal government has in recent months explained and justified several important policy decisions and law bills as matters of “national security”. But why is that? Indeed, governments of any country would sometimes state a concern about national security. However, when it happens as frequently as it currently does in Nepal, there is good reason to take a closer look. 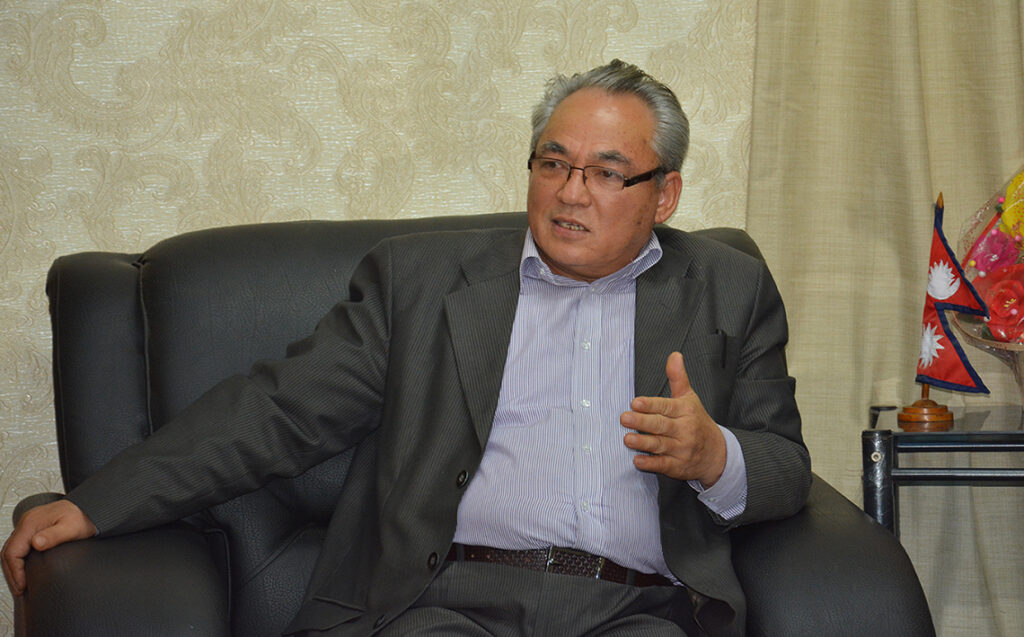 It’s not clear who is a threat to national security in Nepal, but the government has made it clear that the threat is a potentially serious one. In fact, it’s so serious that the federal government tabled a new bill in parliament already in December that retains control of district police and security on federal hands. The justification? Well, “national security” is at stake!

Specifically, the Home Ministry officials argued that at a time as the current one when “secessionist elements” are “burning the flag” and trying to “destabilise the country”, federal control of district police is a must to uphold law and order. But the bill has provoked protests from the provinces who argue that the constitution entitles them to maintain law and order. 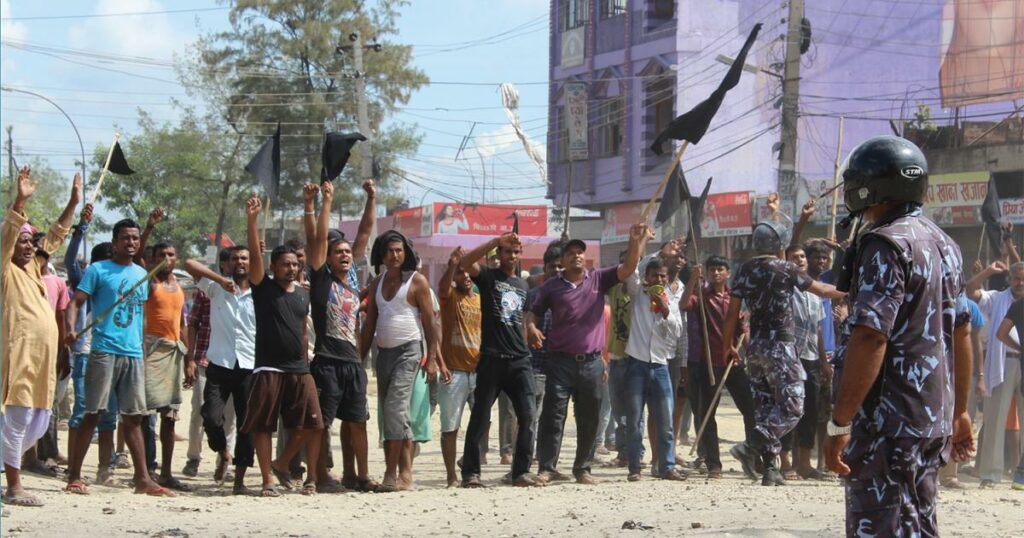 Federal control of CDOs and local police is a must as forces are trying to destabilise the country, says the government.

In January, the Home Minister even announced a federal decision to set up an “area police office” in each of the country’s 753 municipalities. The reason to do so? Well, the government needs local police offices under federal control, the Home Minister explained, in order to better “beef up security” against certain “forces” that want to undermine the federal system.

The government has also instructed all rural municipalities to create “community security committees” in their areas: committees that would bring together police and community leaders as well as ordinary citizens in a common effort, involving local communities in the police’ work to better track down and report on “criminal elements”, among other things.

Just last week during a visit to Jhapa district, the Home Minister urged all staff at the CDO’s office to stay alert of “anti-State forces” that are “active in the country”. He requested the local CDO to take “special measures” to curb certain “seperatist” and “disgruntled” forces in and outside the country who aim to “create instability” and topple the federal government. 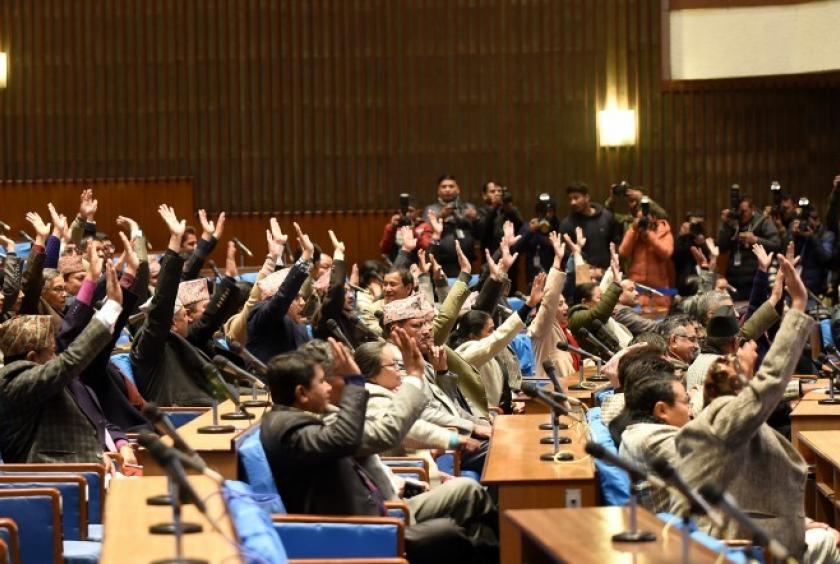 New law bills have been registered in parliament to prohibit social media posts that criticise the government and threaten national security.

Most recently, the federal government tabled a bill – in the name of national security – that prohibits citizens from publishing posts on social media that are an attack on individuals, such as ministers and political leaders, and on “national sovereignty”. Writing posts that defame and speak badly of others, including the government, could send a citizen to prison for 5 years!

On February 11 the federal government submitted another law bill to parliament which basically prohibits government staff from criticising not only the government and the federal system but also political parties and party leaders. Should staffers – even as citizens outside working hours – share critical views of that nature on social media, they could get fired.

But why all these tough policy decisions and law bills at a time when the country’s government seems to rest on a solid base of political support with a two-thirds majority in parliament? Well, it’s not easy to tell for sure. Perhaps the government is using its majority to put laws in place that it perceives as helpful for it to remain in power? That would be one possibility.

Or perhaps there are in fact forces threatening the government and the federal system to such a degree that tigthened security is indeed the need of the hour. Could the threat come from Nepali Congress who has staged protests against the government, or might it come from the provincial government in province 2 who pledges to hire its own CDO and police force?

Well, the threat could also come from popular folk artist, Pashupathi Sharma, who uploaded a satirical song on Youtube, criticising corruption in the government. Whatever the case may be, two days after publishing the satirical song, Sharma was attacked and threatened on social media by sections of the government party and its youth wing, Youth Federation Nepal.

The government party and its youth wing accused Sharma of defaming the government and the ruling party, Nepal Communist Party, and of siding with the main opposition party, Nepali Congress. Youth Federation Nepal even warned Sharma that unless he took down the video from Youtube they would ruin his career. Shortly after this, Sharma withdrew his video.

Threatened for criticising the government: Sharma in his satirical music video, re-uploaded to Youtube by fans.

In light of all this, is free speech and the right to express one’s political opinion under threat in Nepal? Perhaps not, on the whole. But something is going on when a government is frequently citing abstract concepts like “national security” to justify measures that indeed tighten security and limit civil and political liberties. This is hereby flagged as a trend to keep an eye on.

PS: Several law bills have just been registered in parliament countering the government bills, including the bill retaining control of CDOs and district police on federal hands, and the bills restricting freedom of expression of staffers and citizens a.o. on social media. It will likely matter a great deal to the future course of policy in Nepal which bills legislators pass into law!