Home Earthquake The NRA moves on to release funds, at snail speed

The NRA moves on to release funds, at snail speed 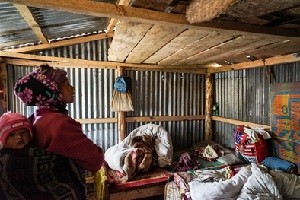 The NRA still moving along at snail speed: most of the 600,000 households made homeless by the earthquake are now facing another monsoon in makeshift tin shelters.

The National Reconstruction Authority (NRA) just moved on to “phase II” in rebuilding houses post-quake. The NRA has decided to release the first installment of the house reconstruction grant – that is, 50,000 rs. out of 200,000 rs. per household – but only in eight of the fourteen worst affected districts and merely in one VDC in each! Why not more!? Well, officially yet a survey on the number of earthquake victims has to be completed first. To the over 600,000 victims that are now facing a second monsoon in a tin shelter, hope must be at its lowest…